Because everybody needs a little gratitude

This site is best viewed in Firefox 28.0 or higher, Opera 20.0 or higher, Internet Explorer 10 or higher, and Safari 5.0 or higher. You may see some minor design gremlins with Chrome/certain screen sizes.

Tell your followers and friends who you nominated.

Social media platforms such as Twitter, Facebook and LinkedIn are central to engaging wider audiences in information sharing, debate, knowledge creation and collaborative action to achieve global health systems goals. Health Systems Global is the proud sponsor of the first Health Systems Social Media Awards to recognize and reward the individuals and organizations who best employ social media to communicate about health systems.

HOW TO GET INVOLVED

This award recognizes the best use of Twitter by an individual to inform, advocate, and engage about health systems. 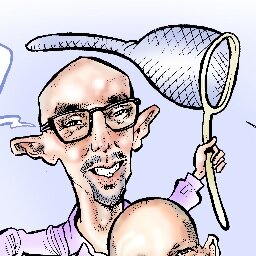 This award recognizes the best use of social media by an individual under 30 to communicate about health systems using any social media platform.

This award recognizes the nominee with the most engaged online network.

This award recognizes exceptional social media engagement by an individual before/during the symposium, onsite or offsite, and via any social media platform.

This award recognizes the best use of Facebook by an organization to inform, advocate and engage about health systems. This award recognizes the most effective use of social media by an organization to share their internal processes and decision-making in the name of transparency.

This award recognizes the organization or network that best employs social media to engage civil society in health systems-related dialogue.

Some of our nominees

Dr.Giridhar R Babu is Associate Professor at Public Health Foundation of India. He is associated with PHFI since August 2006. Giridhar possesses PhD and MPH from University of California Los Angeles (UCLA). He also holds Post Graduate Diploma in Medical...

Hi! My name is Erlyn (Lyn) Macarayan, a Filipino currently taking my PhD at the University of Queensland, Australia. As a researcher, I work on assessing health systems in many low and middle income countries. Through this research, I hope I can contrib...

BRAC is a Southern-led international development organisation dedicated to alleviating poverty by empowering poor people, especially women, to realise their potential and bring about lasting change in their own lives. Born in Bangladesh over four d...

Partner engagement and digital advocacy head at Johnson & Johnson strategic philanthropy. Showcasing the work of our amazing partners around the world. @JNJGlobalHealth

Learn more about The Constellation

Trish Greenhalgh is an internationally recognised academic in primary health care and a practising GP. She was delighted to join the Department in January 2015. Previously, she was Professor of Primary Health Care and Dean for Research Impact at the Cen...

Learn more about May Myat Cho

#HIV Information for #Myanmar [him] is published in memory of Dr Hla Htut Lwin - valued co-worker, activist in his own way, trusted friend.

"Satu Lipponen is a journalist specialised in science, health and health promotion. She has worked at the Cancer Society of Finland since 2000 as managing editor of the Society's magazine, Syöpä-Cancer and from 2008 editor-in-chief of the annual magazin...